The Sewage Issues affecting East Hoathly are well known but the Wealden and Southern Water remain silent as to how they will be resolved.  This is particularly concerning given the significant number of new homes they want to build in our Parish and particularly on the Hesmond's site.  Parker Dann and Redrow have offered no proposals as to how they intend to deal with the Sewage Issues. 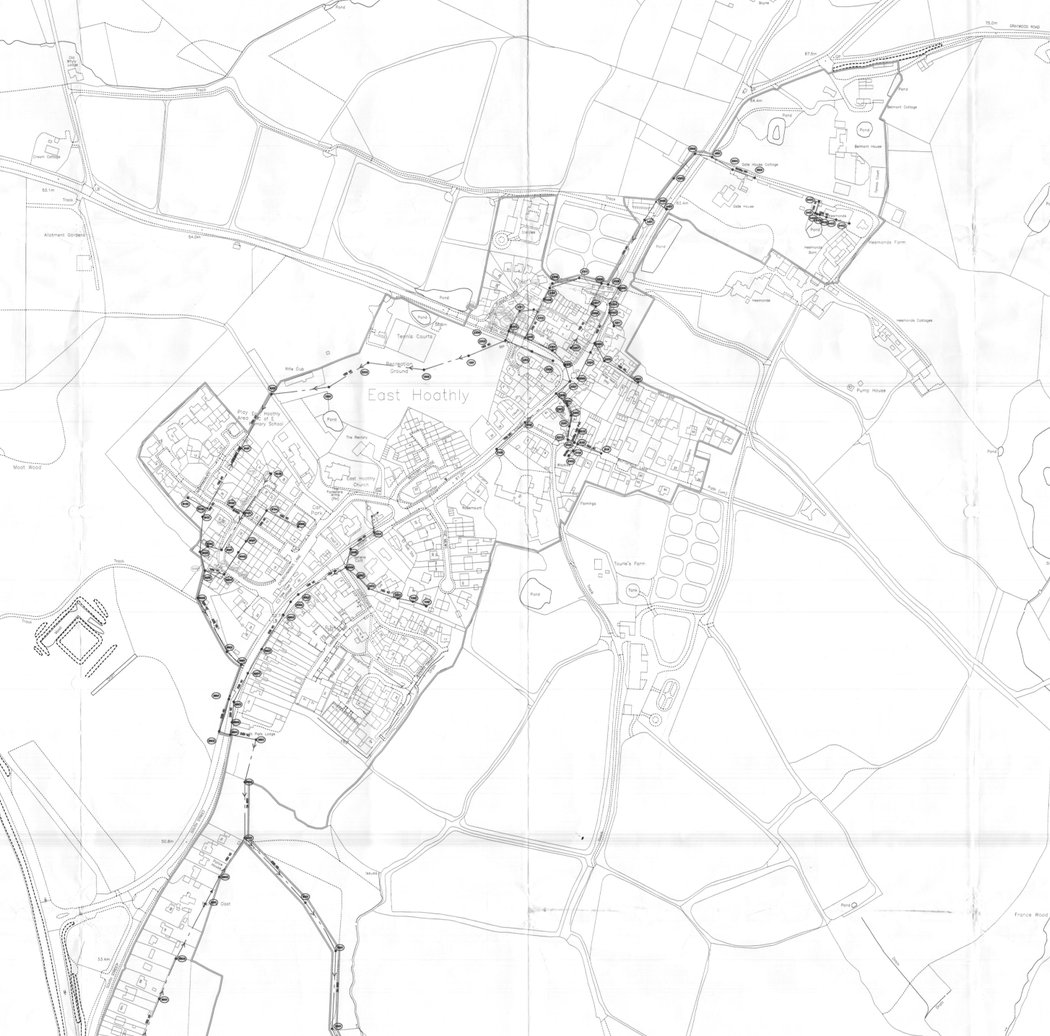 As with many rural villages the sewage system was added to an existing collection of homes and businesses, in the case of East Hoathly this was in the 1950s.  As was then the accepted practise, the sewage pipeline took foul water (from bathrooms, toilets and sinks) and surface water (from drains, gutters and roofs).  The addition of new homes has added to the sewage system in an ad hoc fashion as can be seen on the plan above.  The existing main sewer running through the village is too small to cope with the existing loads.  The East Hoathly Sewage Plant has been working very close to its capacity for decades.  We believe that the addition of the Nightingales and Juziers developments took the Sewage Plant over its limits.  Evidence shows that the Sewage Plant regularly discharges untreated water into the watercourse feeding the River Cuckmere (see below).  During heavy periods of rainfall, the surge of water going into the sewer pipes regularly overloads the pipe causing sewage to back up into peoples drains and gardens.  This is hugely unhygenic and distressing.

It is apparent that several parts of East Hoathly do not appear to be connected directly to the sewer system.  Some of these properties are below the level that will allow gravity to take their sewage into the main sewer system.  Some may be using sceptic tanks.  Some are known to have Sewage storage tanks which collects the sewage and then pumps it into the main sewer on a timed system.  This is known to exist in part of the Juzier development and part of Thomas Turner Drive.  These storage and pumping systems are built by the developers but then (in accordance with government legislation) are adopted by the Water Company.  Whilst this is common practice it does add to the complexity of the system, increases the risk of system failures.   It adds cost to the initial development and, because the Water Company has to take on the running and maintenance costs, it adds to the price charged to consumers.  Village Concerns would very much like to know if this applies elsewhere in the village.  Please let us know, particularly if you live in Rectory Close, The Mews and to top end of Mill Lane and Buttsfield Lane.

Understanding how our sewage system works will give us a better understanding of how the existing capacity is already overloaded and to strengthen our arguments to improve the current capacity before any new developments are approved. 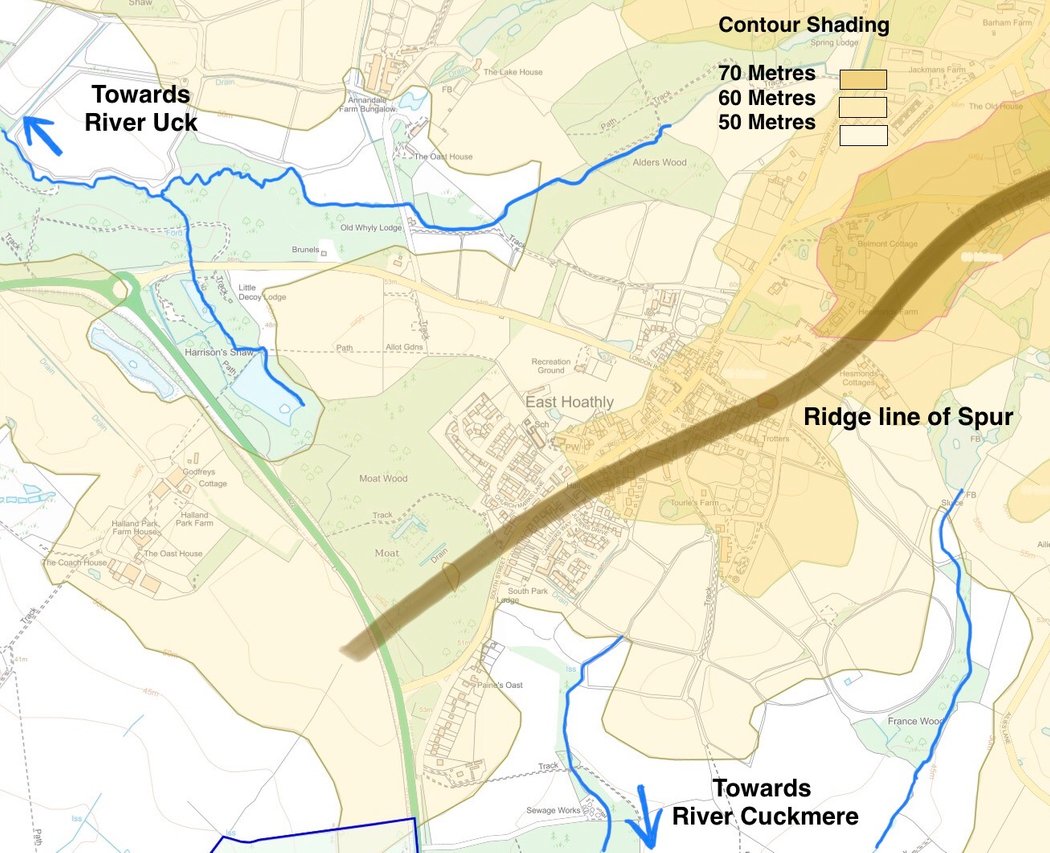 The geography of East Hoathly can be seen on the map above.  The village sits on the end of a spur of land which slopes to the North West towards the River Uck and South to the River Cuckmere.  Building new homes on the Hesmond's site will add to the sewage load on the already over capacity Sewage Plant.  New homes on the Hesmond's site will also have to overcome the problem of getting the sewage uphill and over the spur.

The following information came from The Rivers Trust https://www.theriverstrust.org/what-we-do/sewage-in-rivers/

In 2020 the East Hoathly sewer storm overflow spilled 41 times for a total of 416 hours.

This appalling situation indicates that untreated water is being discharged into watercourses at an alarming frequency and shows that the existing Sewage system is already working significantly over its capacity.